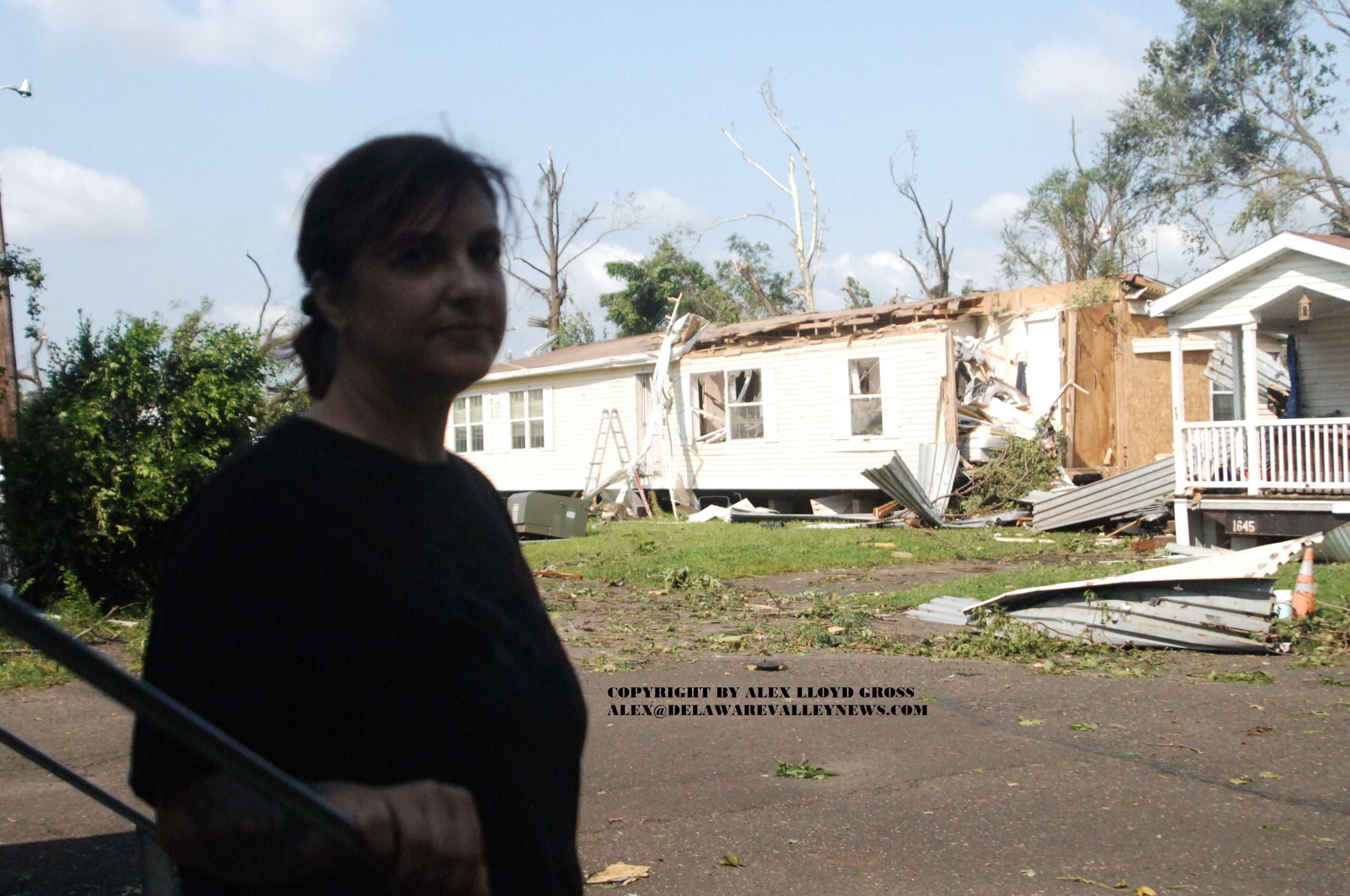 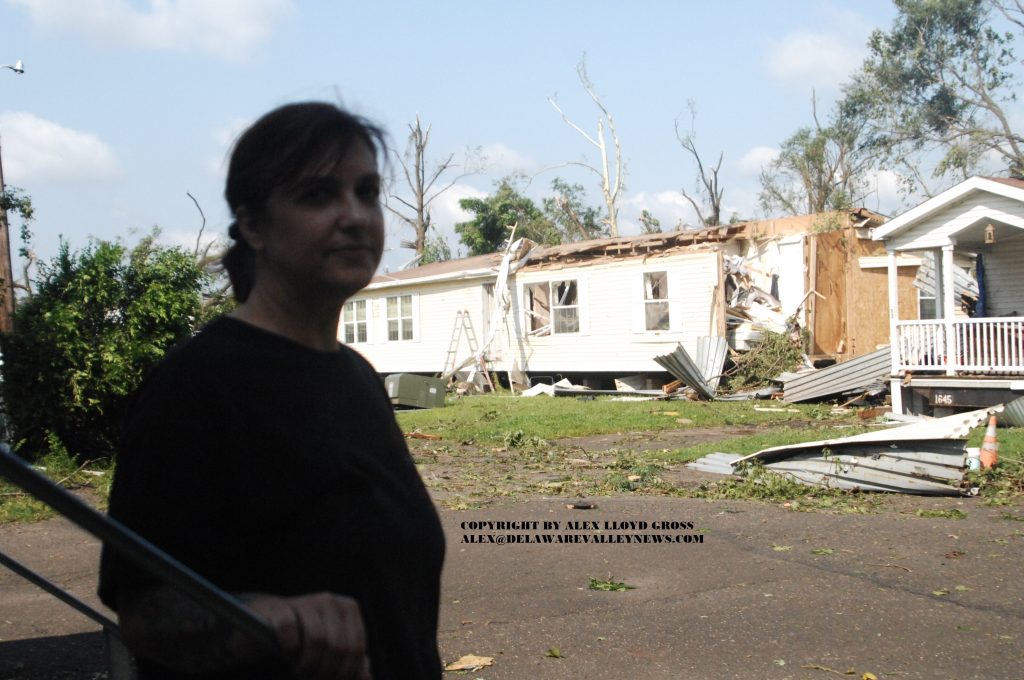 Alex Lloyd Gross Photo Delaware Valley News.com Jo Anne Nitterour outside her development with damage to other homes behind her.

No one was hurt.  That’s the good news, when you look at the damage done at the Weisser Homes  you cannot believe that there were not mass casualties.  This family run small business is on Old Lincoln Highway  right behind the  Faulkner car dealership, which was devastated.

Last night, Old Lincoln Highway was not passable . Trees and live wires were  all over the road, preventing first responders from arriving to properly access the damage.  Driving down the road, you see a modular home completely obliterated.  It was a sample, and there was no one inside.  as you enter the small complex, they have a few occupied modular homes. Some sustained severe damage. Other houses, like one owned by Jo Anne Nitterour just had a broken window and some damage to the skirting. 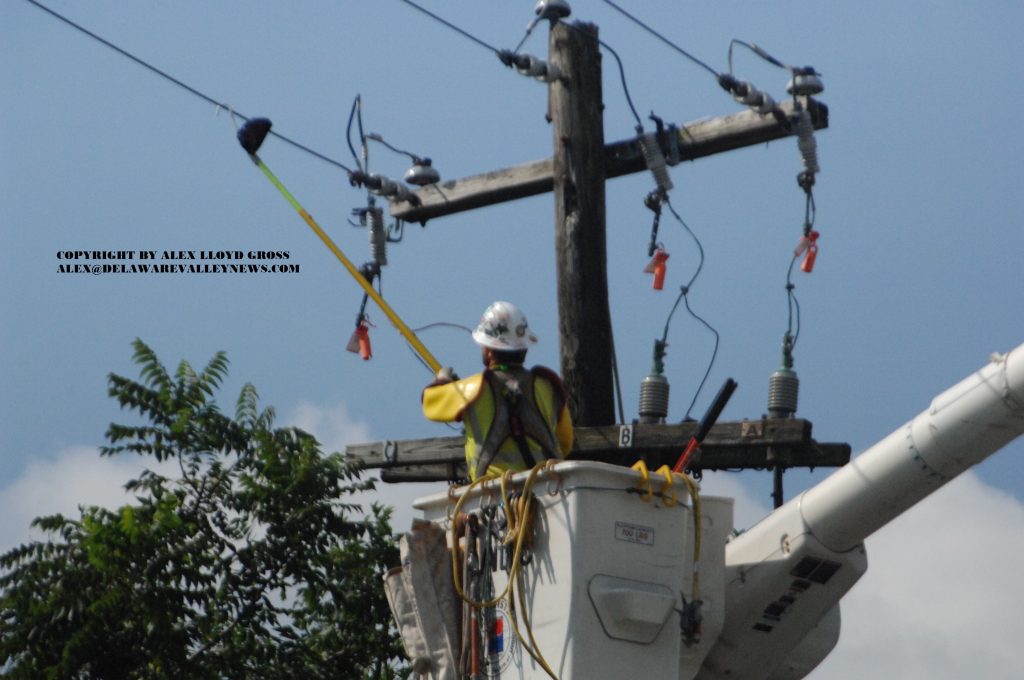 “I just moved here two weeks ago, and my other house was for sale. I am lucky,” Nitttterour said.  She is very lucky indeed. She runs a cat rescue, A Better Life, and  she had cats in the trailer. “They are all fine, they are just scared,” she said.  This business closed shortly when COVID hit and was just now starting to re open. The tornado but a path directly to the car dealership behind the trailer park.  Tree branches are snapped.

All of the occupied homes were tied down to the ground . Sample homes were not, which is why they blew away.

Some news reports  got the information wrong,  falsely indicating there were multiple tornadoes in Bensalem. There were not.  There was only one.  The exact path is being determined by the National Weather Service.  This twister hit the Linconia neighborhood, near Garfield Street.  Again, no injuries   were reported.  One large tree was uprooted on Garfield and came down onto the roof of a house, taking electric wires down with it. Utility workers were on scene today working, 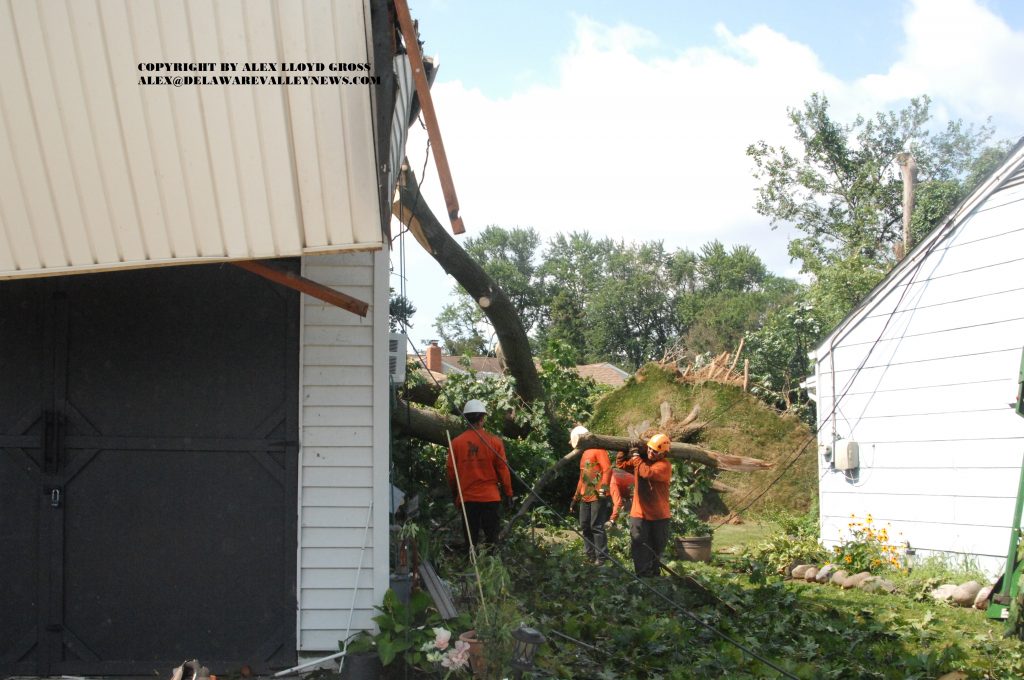 All major roads in Bensalem Township are open with the exception of Old Lincoln Highway. There, PECO workers and tree service workers are trying to clear the highway . Some smaller streets in Linconia  will be closed for the same purpose.  These closures are intermittent and could change due to positioning of work trucks to block a street.

Residents who suffered any damage from the storm should contact Bensalem Twp. (215) 633-3719 to report the damage and get eligible for any resources that may be available, .