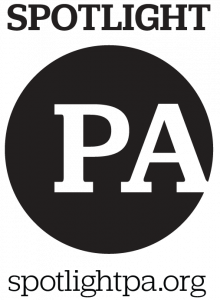 HARRISBURG — Pennsylvania’s four living former governors on Monday sent a letter to the main party candidates vying for the position on Nov. 8, urging them to respect and accept the results of the election regardless of the outcome.

In their one-page letter to Democrat Josh Shapiro and Republican Doug Mastriano, former Govs. Tom Ridge, Mark Schweiker, Ed Rendell, and Tom Corbett said the state’s election process will be “open and transparent,” and “overseen by thousands of Pennsylvanians who care deeply about fairness.”

“We are asking you, as the leaders of the Pennsylvania Republican and Democratic parties, to pledge to honor that process, respect the law, abide the peoples’ will and support a peaceful transfer of power,” the four former governors wrote in the letter, a copy of which was provided to Spotlight PA from a spokesperson for Ridge. “In doing so, you will demonstrate to all Pennsylvania candidates who will be looking to you for leadership that love of Commonwealth and Country must come above all.”

The letter comes less than 24 hours before Pennsylvanians head to the polls to vote in this year’s critical midterm elections. The state’s marquee races — those for governor and U.S. Senate — are being watched nationally and have been held up as referendums on abortion, ballot access, and the integrity of the democratic process.

Rendell is the lone Democrat among the four men, who collectively represent nearly three decades of leadership in the state’s top job.

Speaking to reporters on Monday at a campaign stop in North Philadelphia, Shapiro said he will accept the results and urged Mastriano to do the same. 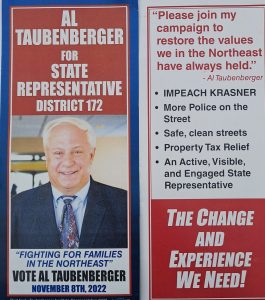 “I have tremendous faith in the Republican and Democratic clerks of elections all across Pennsylvania to do their jobs … I will not only trust their work, I’ll trust the will of the people of Pennsylvania,” Shapiro said. “And I’m glad that the former governors spoke up on a bipartisan basis. We need to begin to repair our democracy.”

Mastriano’s campaign did not respond to a request for comment.

In the weeks leading up to the election, Mastriano and his allies have frequently raised questions about debunked or misleading election fraud theories.

In a recent interview on a right-wing news show, Mastriano claimed that the fact that Pennsylvania will likely take a few days to finish counting ballots is an effort to “have the fix in,” and that Democrats have “pre-loaded” drop boxes in order to cheat. Neither is true.

Toni Shuppe, a prominent figure in election denial circles who is rumored to be Mastriano’s pick for secretary of state, has circulated a common false — and long-debunked — theory that Pennsylvania’s voting machines are connected to the internet and vulnerable to hacking. They are not.

More mainstream Republicans have promoted the narrative that Pennsylvania’s results — and particularly, results in Democratic-heavy Philadelphia — will not be reliable.

Fifteen state representatives recently sent a letter to Acting Secretary of State Leigh Chapman saying they’re concerned about 255,000 “not verified” voters who requested mail ballots, according to “records of 2022 Mail Ballot Data.” It’s unclear what data the representatives were referencing, but their letter was misleading, and based on an apparent misunderstanding or misrepresentation of Pennsylvania’s vote-counting process.

As used by the state, the term “unverified” refers to voters who applied online for a mail ballot, but whose provided name, date of birth, PennDOT ID, or Social Security number couldn’t be automatically matched against data available in the state voter file.

That task of verification falls to the county issuing that mail ballot. According to Department of State data, they verify identities in 97% of cases. Election directors do so by running a manual check with the federal government or their own records.

The 3% of voters who aren’t matched will still get their mail ballot, along with a letter noting their ballot will not be counted unless they provide documentation proving their identity. Often, the mix-up is due to typos on the part of the voter, issues with county record-keeping, or people who apply for a mail ballot using a nickname.

Grove is part of a case over whether Philly should continue conducting a double-check it has used in recent years to catch voters casting ballots both in person and by mail. City officials argue that the check was never actually required by law and that it’s no longer necessary because they haven’t found double voters in the past three elections.

Voting rights advocates, like ACLU attorney Marian Schneider, say the lawsuit is part of a pattern of litigation intended to sow mistrust in elections.