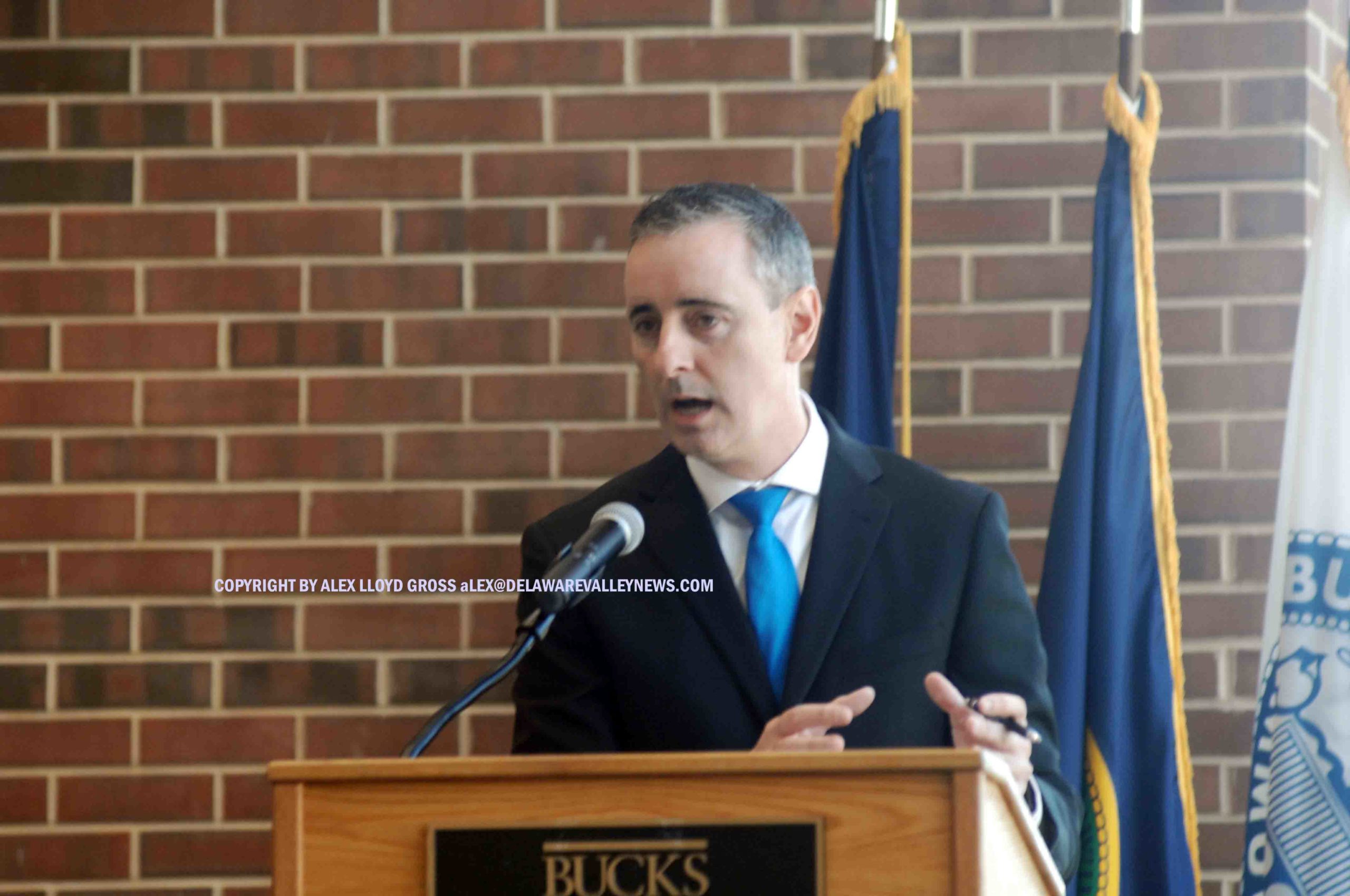 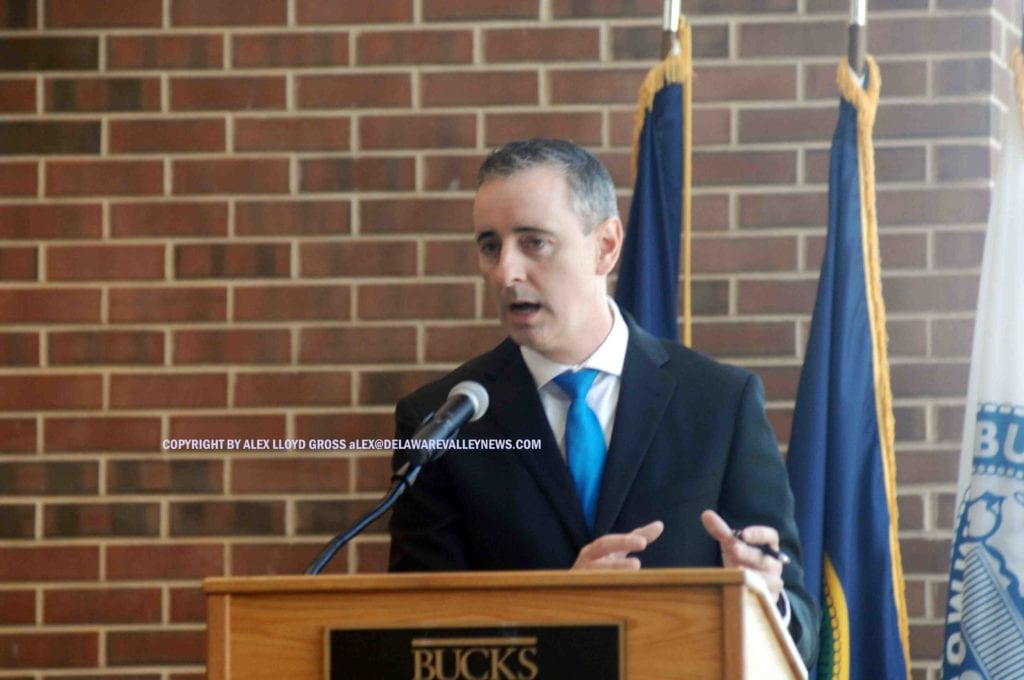 At a recent food bank in Bristol Township-, many volunteers showed up to help package, and give away food. Others got people through the line as quick as possible. Among the many people helping that day was Congressman Brian Fitzpatrick. He was dressed down, in work clothes, wearing a mask. If you did not know who he was you would think he was just another volunteer. “My  team is here or at other food banks, this is what we do, help the community,” he said.  He plans on helping when he can and where he can.  With boots on the ground.  While many people did help, there is always room for more.”People should call my Langhorne office. we can direct them to people that could use their help. You feel good helping people,” he said.

Many people need help during the COVID-19 quarantine that has shuttered many aspects of life. That includes businesses. He is ticked off that larger businesses that really do not need money were recipients of cash in the Paycheck Protection Program.”This was put in place to help people that suffered a  significant loss, we’re talking a 75 to 80 percent drop in business. It’s heavily needed, those kinds of businesses are not liquid. There was a problem with the execution of that program and we hope we got it worked out”, Fitzpatrick said. With people being taught to put money away for a rainy day, most people think it’s astounding that larger businesses do not do that, and instead have to have their hand out to gobble up money meant for mom and pop shops.

“We need to be able to have money to rebuild infrastructure, stuff you cannot see, like underground water piping, electrical grids, thinks like that. Now with the interest rates lower, this is the time to do this, now is the time to get this done,” he said. Too many American families have little to no savings. $400.00 emergencies can wipe out a family savings . This virus did just that to many families.. When you work in a business and get laid off,  you have no money coming in. Many studies report that up to 60 percent of American households have $700.00 or less in savings.. These workers are the driving force of what keeps the country going. “That’s one of the reasons I voted to raise the minimum wage,”. People would be in a tough position without people to stock shelves in the store.  The minimum wage bills sits on Senate Majority Leader Mitch McConnel’s desk with no action.

Many people are confused with getting their stimulus checks. “It was a one time bridge to help people between the time that unemployment has not kicked in yet. Again, many people have not gotten their checks. The IRS website is having problems, If you cannot track down your payment, you should contact my office and we can help you with that. Many people are going to be getting paper checks and they have to be printed,” Fitzpatrick said.

With businesses closed or hurting for customers, everyone has their hand out, looking for money to keep them afloat. “Everything is important,  including nonprofits,  who have to function, hospitals need gowns and masks. Schools are getting used to distance learning by giving chrome books to students, everything is important,” Fitzpatrick repeated.

One industry that is getting killed is the local news industry. Without it, you would not know what is going on. Fitzpatrick has joined several house members to ask President Trump for money to either go to local outlets or to businesses in the form of a grant that must be spent on local advertising. This proposal has bipartisan support.  Trump has been cool to the media, calling them “Fake News” when a story runs critical of his message.  To be fair, several news organizations have ran stories critical of Trump which turned out to be works of fiction. Trump, with his rhetoric has called the media “The enemy of the people”.  Large media companies that are owned by hedge funds have slashed jobs, as corporate profits soar. They will lay off a journalist making $50,000 per year and have the hedge fund managers cash eight figure bonus checks. Should this measure to fund local media outlets go through, hopefully there will be checks and balances to keep these large companies from taking up the entire pie, while they slash jobs and cut pay the same year. .

Fitzpatrick watches Trump’s briefings and echoes what many are thinking.”He should stick to the message and stop getting confrontational,” he said.

Congressman Brian Fitzpatrick’s district encompasses  Bucks County and a portion of Montgomery County. Is Langhone Office can be reached at (215) 579-8102 He is a republican in the First Congressional District in Pennsylvania. 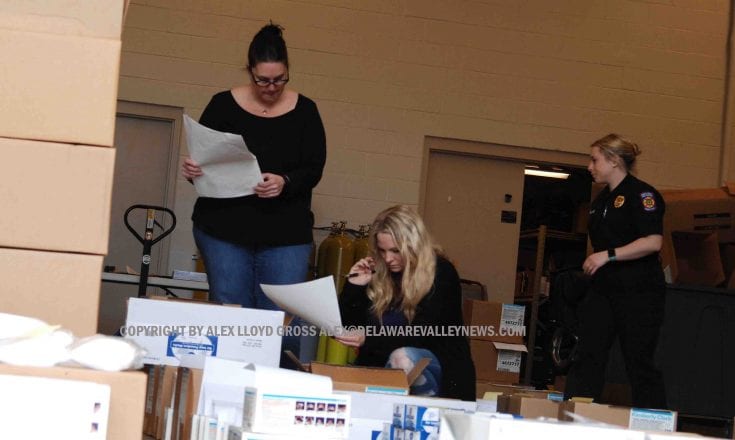