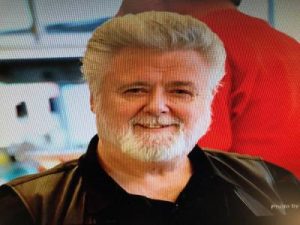 by Paul Big bear
Dear Friends,
“There is nothing to fear but fear itself.” Then President Franklin D. Roosevelt said this in 1933, since that time it has become an oft used quote. Around the campfire we learned fear in the form of stories filled with ghosts and monsters, who was listening in 1938 for the terror filled night broadcast of “War of the Worlds?” Or the Big Red Scare that came with sirens, evacuation drills, bomb shelters, and “Duck and cover.”
Movies that made fear so real we looked for Bogey men under the bed and how many women were afraid to take a shower. Ninety-one years later fear is still with us in the form of another virus. Every day we are inundated with statistics of the number of people tested, infected, and have died, worldwide, country by country, state by state, county by county, city – town – and borough.

Everyone has their own opinion of the latest conspiracy theory. In a country additionally plagued by social groups demanding their wants and desires often leading to mob violence. Fear is a great tool when you want to control someone, move them to action, commercials that depict a woman walking alone down a dark street and suddenly a figure approaches out of the dark, no features distinguishable, closer and closer, the music adds to the apprehension, suddenly this mysterious and foreboding figure comes close and smiles, it’s a boy scout.

Message made, a woman walking alone is vulnerable, again it is night and the front of the house is dark as a woman drives up to the house and into the driveway, she leaves the car fumbling with her keys in the dark as she approaches the front door. Suddenly she is back in the car driving into the driveway only now the front of the house lights up automatically and the garage door opens by itself, triggered by a remote from the safety of the car. Yes “We have nothing to fear but fear it self” but how far do we let fear control us? I wear a mask and socially distance myself, I know people who have tested positive and have survived with stories of being horribly sick and I know too many who have died, their families and friends unable to be with them in their last hours, then unable to have a funeral service.

All the while we are bombarded with conflicting reports and actions that leave me asking what the truth is and who is telling us what? I have my opinions and I will face my fears accordingly, I will keep the safety of my family, friends, and those I meet a big part of my decision making process. This column is not intended to tell you what to do, we each must be responsible for deciding for ourselves, my intention with these weekly writings is to, hopefully, make you think. I see what is happening, I hear what is being said, I am intelligent and I know how to be informed not just fed. Check the facts, seek the truth, pray for guidance, and I will see you next week.