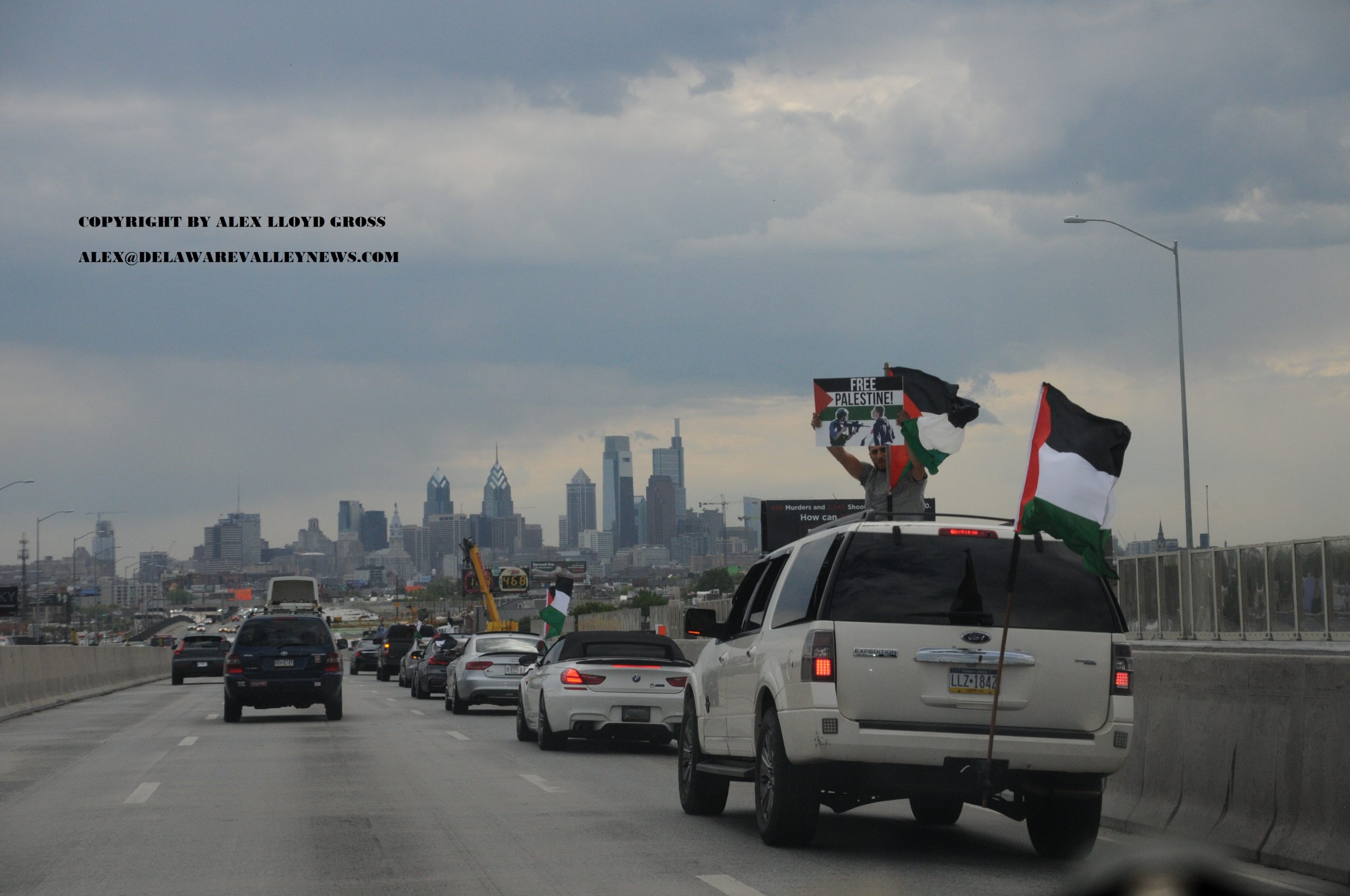 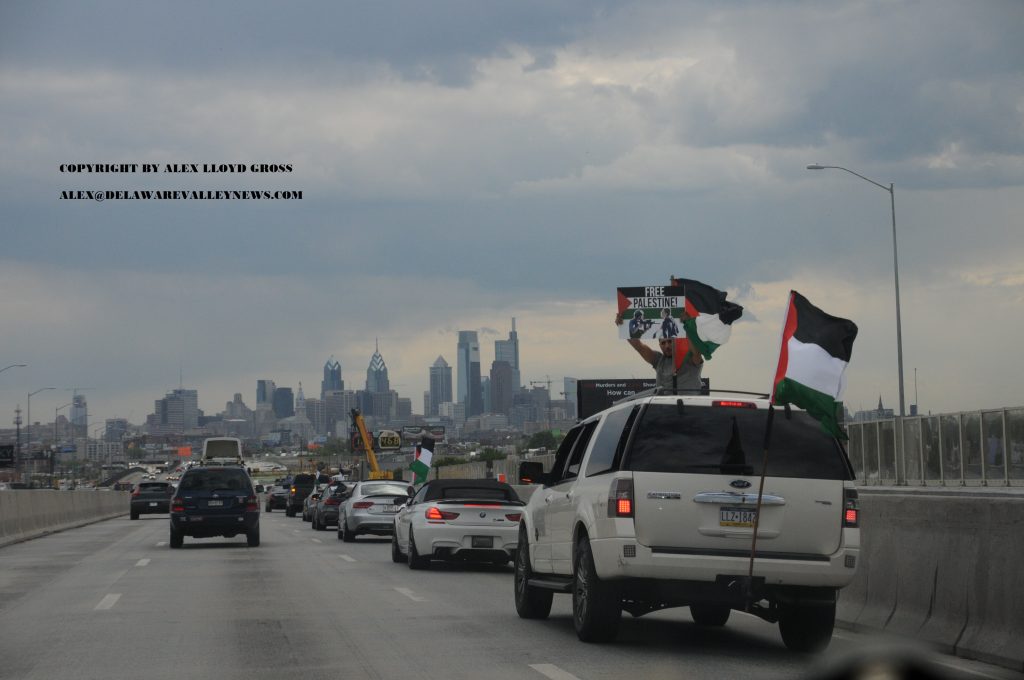 A convoy of 25 vehicles was spotted heading down I-95 Saturday May 15 ,2021 in the mid afternoon.  The occupants were heading to center city  Philadelphia , to show support for Palestine, in the Israel- Palestine conflict. Elsewhere  in the city, pro Israel demonstrations were held.

Israel sent word that a building targeting Hamas would be leveled in an hour.  That building also house an Associated Press Bureau . Hamas quickly took to social media to try to spin the narrative  of an intentional bombing to keep- the media from reporting on war casualties.

In Philadelphia, no arrests were reported.. Similar demonstrations were held in major US cities over the weekend .  One thing is certain, when the bombing stops, the violence stops, and cooler heads can prevail at a negotiation table.