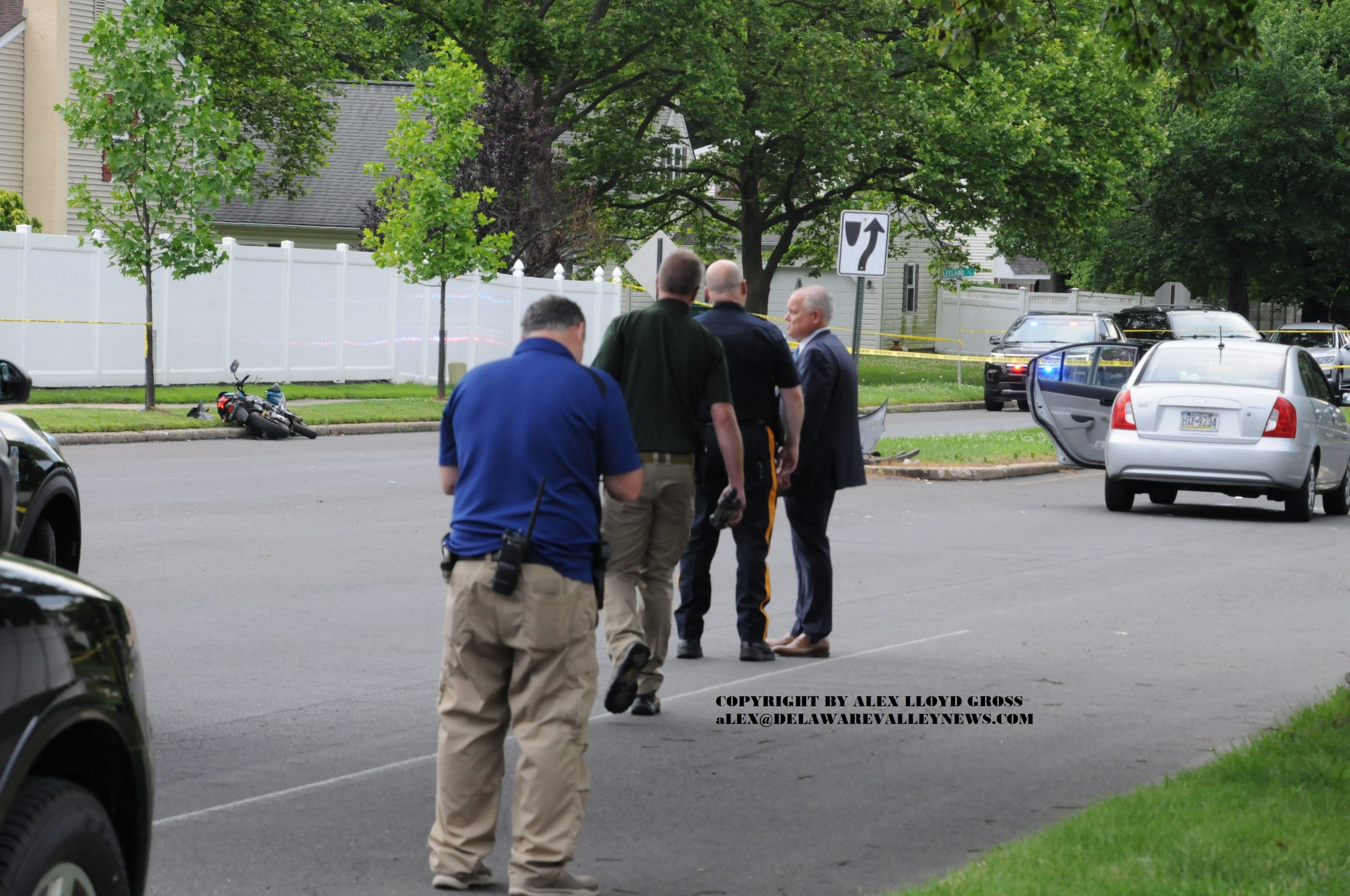 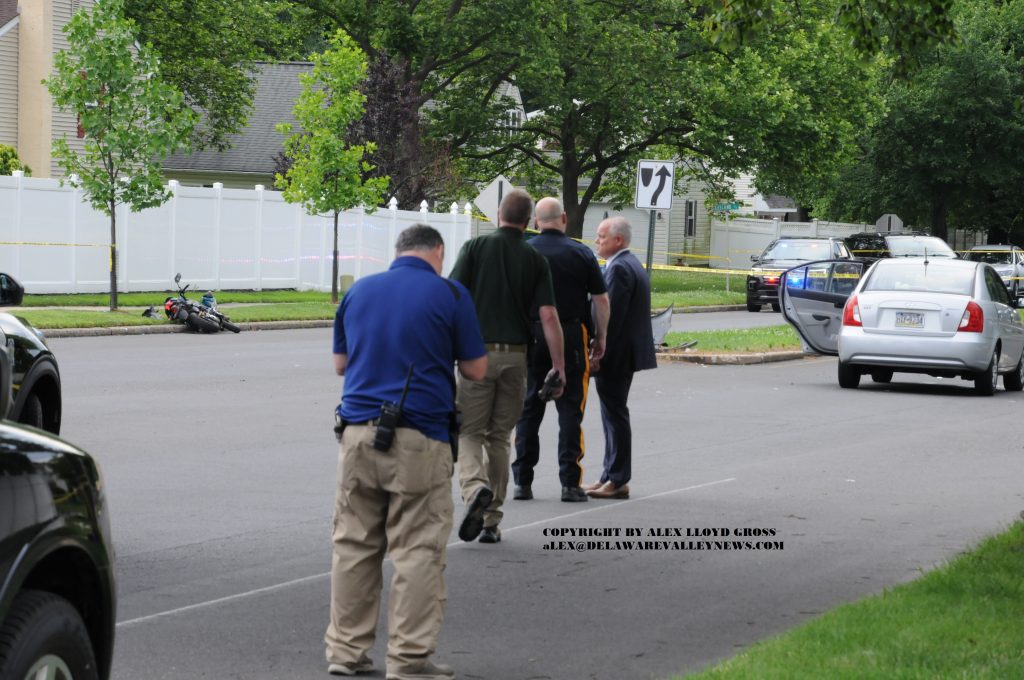 Two children, were critically hurt when they were riding an illegal dirtbike in Bensalem  just before 5:00PM June 9, 2021.  The accident happened on Bensalem Boulevard at Glendale Drive, which is near Neshaminy Valley.  In fact, this is near the location of a town meeting about a similar problem.

On this accident, a passenger vehicle was on Bensalem Boulevard with no stop sign. The bike with two youths on it was on Glendale and appeared to go past a stop sign at high speed.  Both of the youths were tossed from the bike, which came to rest about 25 feet from initial impact . There was substantial damage on the car. It is unknown if the driver of the car sustained any injuries.

Dirtbikes are illegal to be driven on a public street. They lack safety equipment and cannot be insured . Fred Harran, the Director of Public Safety for Bensalem said that the two youths appeared to be teenagers, about 12 to 17 years of age.  He could not say who was driving. Police were on scene, trying to beat an incoming thunderstorm, to complete an investigation.